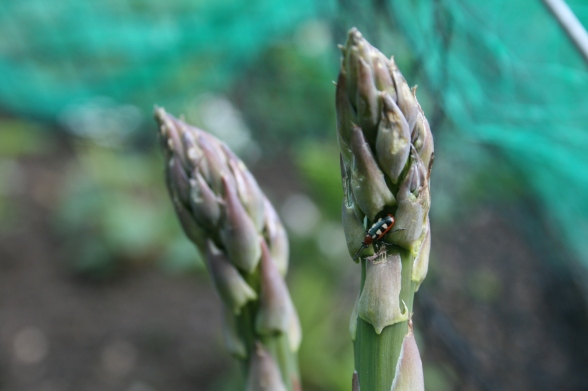 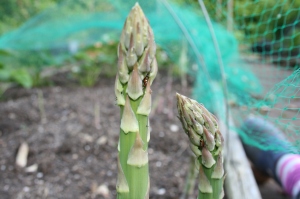 I always seem to get asparagus beetles on my asparagus. The ones I get are the common asparagus beetle. They nibble the lovely shoots as they appear, and lay a bristle of eggs on the ends. Sometimes they make the spears grow into a curve, described poetically as a ‘shepherd’s crook’, and the constant nibbling can weaken the plants. 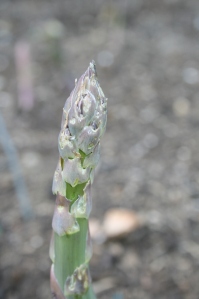 The usual organic control of the beetles is to pick them off and squash them! You can also use companion plants, which are tomatoes and marigolds.

Well this year, I had to try agro homeopathy. In his book, Homeopathy for Farm and Garden, Kaviraj has a list at the end, the Repertory, which is a list of ‘symptoms’. Under pests, beetles, I found asparagus beetle, for which he suggests Calendula. This is the Pot Marigold, a commonly used companion plant for deterring many bugs. So I watered some Calendula 30c on the spears.

Two days later, there was only one beetle, which was easily picked off. After that, some days there were none and some days just one. So there was a definite reduction in beetles. The new spears grew with no damage. Last year, towards the end of the season, all the spears were getting eaten and looked most un-appetising. I think if I had re-treated with the Calendula I may have reduced the beetle numbers even more. I have stopped cropping the asparagus now, so I didn’t bother to re-treat. The eagle-eyed reader will notice that the nice un-damaged spear on the left has changed to purple. Well, I have a few purple asparagus plants, as well as the usual green. They actually taste the same, but they look pretty! 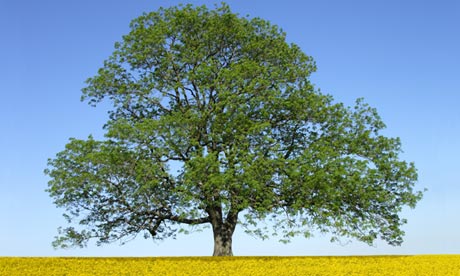 Ashtree Dieback is a fungal disease that started to invade Britain last year. It already affects large parts of Northern Europe. It is a fungus called Chalara Fraxinea, causing leaf loss, crown dieback and eventually, tree death. The accepted ‘cure’, at the first sight of the disease, is to cut the tree down and burn it. This won’t cure the disease, only minimise the spread. END_OF_DOCUMENT_TOKEN_TO_BE_REPLACED 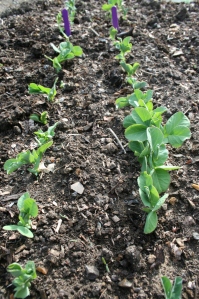 I don’t normally have much luck with peas. At first, I thought they weren’t germinating, but I have since realised that the slugs have been getting them. This year, I decided to do a pre-emptive strike with Helix Tosta 6x. This is a remedy made from toasted snail shells, and has been proved to be very effective against slug and snail damage. The 6x potency has a much higher amount of the substance in it than 6c or 30c. END_OF_DOCUMENT_TOKEN_TO_BE_REPLACED

Look how healthy my strawbs are now! Back in March, I reported on how my strawberries had blight. I tried treating them with Sulphur 30c, but I don’t think that had an effect, so I tried Thuja 30c, watered on twice about 5 days apart. Thuja is a conifer, a bit like leylandii and is also known as the Tree of Life. It is used in agro homeopathy for some pests, cancer and galls on woody plants and for fungal diseases. In people, Thuja is also used (among other things) to treat fungal diseases and warts.

END_OF_DOCUMENT_TOKEN_TO_BE_REPLACED

Well the snow has finally melted and the strawberry plants can see daylight again. I cut off all the old diseased leaves before the snow, and a few new leaves have started to emerge. It’s a bit hard to tell if they are clear of blight, but some of them do look a bit suspicious. I decided to give them another dose of Sulphur 30c, not least because I don’t think the snow helped their recovery. I may give them a repeat treatment in a few days, since blight is quite stubborn. If it doesn’t seem to be working, I will have to re-think my choice of remedy – maybe Thuja or Ferrum Phos. There seems to be a bit of trial and error required in agro homeopathy, especially when you’re still getting the hang of it.

END_OF_DOCUMENT_TOKEN_TO_BE_REPLACED

Last year my strawberries got strawberry blight. The plants weren’t very vigorous and I didn’t get many strawberries. Mind you, it was an appalling summer for fruit, with an early heat wave and drought followed by the wettest summer in a hundred years. I noticed that the new leaves have blight, so my thoughts instantly turned to agrohomeopathy. END_OF_DOCUMENT_TOKEN_TO_BE_REPLACED 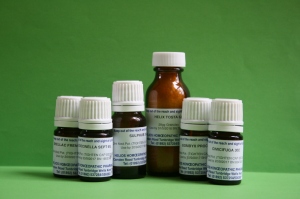 I’ve finally got round to ordering some more agrohomeopathy remedies to add to my arsenal, and here they are! Watch out slugs, your days are numbered! In case you haven’t got bioninc eyes, the remedies are: END_OF_DOCUMENT_TOKEN_TO_BE_REPLACED

I’ve built up my agrohomeopathy library to a magnificent two books. This one is ‘Homeopathy for Plants’ by Christiane Maute; she is a homeopath who started using remedies in her garden about ten years ago. Her first experience with plants and homeopathy happened when she accidently snapped the stalk of a delphinium. Not wanting to waste the plant, she bandaged it back together and watered the plant with some Arnica 200c (bruising, crushing injuries, shock). The stalk recovered and carried on flowering! END_OF_DOCUMENT_TOKEN_TO_BE_REPLACED

It is with great sadness that I have learned that my new gardening hero, Vaikunthanath das Kaviraj, has passed away at the age of 66. I heard this from Homeopathy Plus!, via facebook. They say:

“Homeopathy loses one of its own….Kaviraj was one of the pioneering authorities on agricultural homeopathy. For two years he generously shared his knowledge on using homeopathy for plants and soil with the readers of our newsletter. He will be sadly missed.” END_OF_DOCUMENT_TOKEN_TO_BE_REPLACED

I would like to introduce my first test subject for homeo gardening: my money plant. Or crassula ovata, to give it its full name. It has been sulking in my money corner for a while now and has been chronically infested with mealybugs. Maybe that’s why it’s not making me any money! I tried horrible chemical sprays. I tried getting them off with cotton buds and vodka, which is just a waste. But they just kept coming back, so I gave up and left it. Now, with my new favourite gardening technique, it has a chance again! END_OF_DOCUMENT_TOKEN_TO_BE_REPLACED

Organic Medicine Garden set in the heart of Sussex, UK

Growing together since 2011 at Avila, Donnybrook, Dublin 4

Experiments and experiences in agrohomeopathy

Organic gardening for the rest of us

Secrets from a Nana's Garden

Striving to beat eczema without steroids

Voice of (not so) Young Homeopathy

Living Homeopathy at The Station

Musings about gardening, the natural world and things creative.

The Snail of Happiness

small steps to a kinder world

epilepsy me and neurology

Life at the fruity chicken